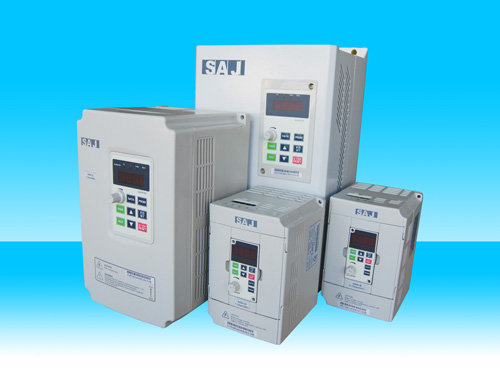 In 2012, the electrician industry was in a situation where production and sales growth was weak and economic benefits were worrying. However, from the current point of view, the growth in production and sales has begun to show gratifying changes, and the increase in total profit has also turned from "negative" to "positive." In terms of long-term development, the industry economy is still optimistic.

Affected by the continuing downturn in the international economy and the slowdown in domestic economic growth, the electrical and electronics industry has completely bid farewell to the rapid growth of approximately 30% since nearly a decade since 2012. The total profit has seen a â€œnegative growthâ€ infrequently. .

Second, the growth of output of major products was weak, and power generation equipment achieved â€œnegative growthâ€. Since 2012, the growth of major products in the electrical industry has been weak. The output of power generation equipment (generator sets) as the leading product has decreased compared with the same period of 2011, and has become an outstanding factor affecting the increase in production and sales of the electrical industry.

Under the severe background of the economic environment at home and abroad, the development of the electrician industry faces various problems and problems.

First, the rapid growth of accounts receivable, the pressure on corporate capital turnover. In 2006 and 2007, the rapid development of power construction, the userâ€™s funds were sufficient, and the payment of goods was timely, so the accounts receivable of the electrical equipment manufacturing enterprises were basically in a reasonable state. However, in 2012, the receivables of power generation equipment companies rose rapidly, and the liquidity caused a drop in the turnover rate, which has affected the efficiency of fund use and normal operations of the company.

Second, the decline in profit indicators led to a â€œshrinkageâ€ in corporate R&D investment. The decline in profitability of the electrician industry has caused some companies to fail to invest in large amounts of scientific research funds, resulting in insufficient R&D and innovation capabilities, inability to carry out basic and forward-looking technical research, and maintaining only simple repetitive reproductions.

Third, low-price bidding has resulted in a decline in product quality and a decrease in reliability indices. For a long period of time, some users of power transmission and distribution equipment have adopted the principle of low-price bids when they bid centrally, causing equipment manufacturers as suppliers to lower bid prices in order to maintain market share. The price of power transmission and distribution equipment fell and then fell, and the prices of most products were already at or close to the cost.

In this passive situation, some successful bidders appear to be shoddy, shoddy, and cutting corners, which have a serious impact on product quality. Coupled with the continuous rise in price levels, companies are unable to provide employees with social and economic conditions. Remuneration caused employees to lack a sense of identity, belonging and centripetal force.

Fourth, the recovery of quality assurance funds for power generation and transmission and transformation equipment companies is difficult.

Due to the system and mechanism, China's power user units have always been in a strong position. Due to its monopoly status, some user units have not yet paid 10% of the total contract amount according to the contract even if the product does not have any quality problems and the power plant is operating normally. At present, the price of products continues to decline, and enterprises are operating at a meager profit. The problem of difficulty in recovering the quality assurance gold has, to a certain extent, affected the normal operation of electrician production enterprises.

Recognize the situation and respond positively

The industry believes that the electrical industry is currently facing great challenges and difficulties, but the outlook is optimistic. The party's 18th National Congress was successfully held and the development strategy for the next few years was planned. The future power construction and new energy development will bring a series of good news. It will effectively promote the development of power generation equipment, transmission and distribution equipment and the entire electrical industry.

All personnel of the electrician industry must face up to the difficulties they face, make necessary preparations and respond positively to the new round of development in the industry.

Take full advantage of the current task is not a very good opportunity to practice "inner efforts."

"The sharp knife does not cut the firewood by mistake." It is necessary to improve the internal strength of the enterprise and strive to improve the overall management level of the enterprise and the technical operation level of the workers. In particular, corporate decision-makers should apply theoretical knowledge to practice while enhancing learning, improve professional quality, and improve decision-making scientifically. When the economic situation improves and market demand is strong, the greatest degree of success can be achieved.

The so-called "reversing mechanism" is a means of objective management. Its essence is to take the market demand as the starting point, to reversely drive the development, design, and production of the enterprise. Through technological innovation, the industrial structure and product structure are adjusted and upgraded. It can not only solve the problem of excessive competition caused by overcapacity and limited market demand in most industries, but also solve the problem that the high-end market has a large demand but can not meet the market demand. The more the market environment is not good, the more companies should adjust their thinking, seize the opportunity, increase investment in R & D, attack the high end, adjust the structure, change the management, increase the technological value of products, and accelerate the pace of transformation and upgrading.

In the control of accounts receivable, the situation of each company is not consistent and its severity is also different. The receivables of power generation equipment manufacturing enterprises have generally increased significantly. It is hoped that these enterprises will learn from Shanghai Electric Power Generation Group, and through refined management, they will gradually reduce the amount of accounts receivable and increase their ability to resist risks. At the same time, it is recommended that the relevant ministries and commissions of the country come forward to co-ordinate the problem of arrears in payment of goods between power companies and power generation equipment manufacturers to prevent further expansion of the negative impact of the new â€œtriangular debtâ€.